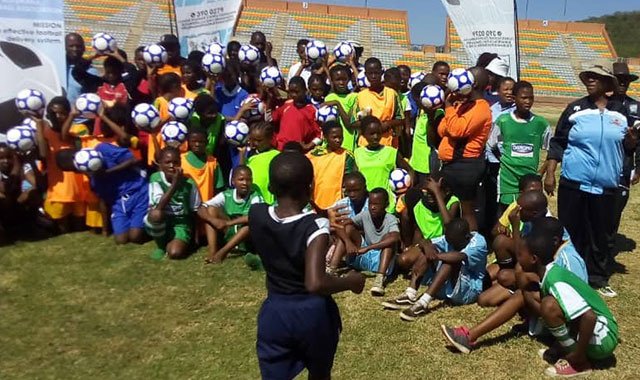 Botswana Football Association technical department on Saturday 2nd March kick-started a pilot project 5 aside league in Kasane. The league which has 10 teams is aimed at keeping the young players of Under 20 level active where they are unable to have full leagues. The project will touch Lobatse, Gantsi, Tsabong and Letlhakane, with kickoff for the Boteti region set for Saturday 09th March 2019.

The five-a-side leagues in every area will have 10 woman’s teams and boys teams to keep the players active and help in increasing the number of players in these regions. Woman’s desk officer Barobi Ngwako has highlighted that some regions have strangled in having good numbers for the woman’s game and hence why this was a good alternative to help give the woman a playing chance and also keep players active. Ngwako highlighted that she hoped this will create an entrest on the girl child for football. Woman’s 5aside league in Lobatse was launched on Saturday 2nd March 2019 and will also be rolled to the above-mentioned areas.

Technical director Serame Letsoaka says this league will be important in areas that do not have elite youth league and help in identifying talent for the 11 aside games. The leagues will run for this year and later be evaluated to see the impact they have on the growth of players and the game as a whole.

Selection camp for Under 17

Diamond Zebras head coach Tebogo Mokute is set to hold two selection camps in Gaborone. Mokute has been on the road selecting the best talent in the country. He held trials in selected areas to help him bring new talent to the national team structure. Mokute and his technical team have invited these elite youth players to camp, as follows:

Mokute highlighted that preparing players as early as possible is important in ensuring that they are polished ahead of time. Mokute says the bigger picture for the team his building is to qualify for the 2021 Africa Junior championships.