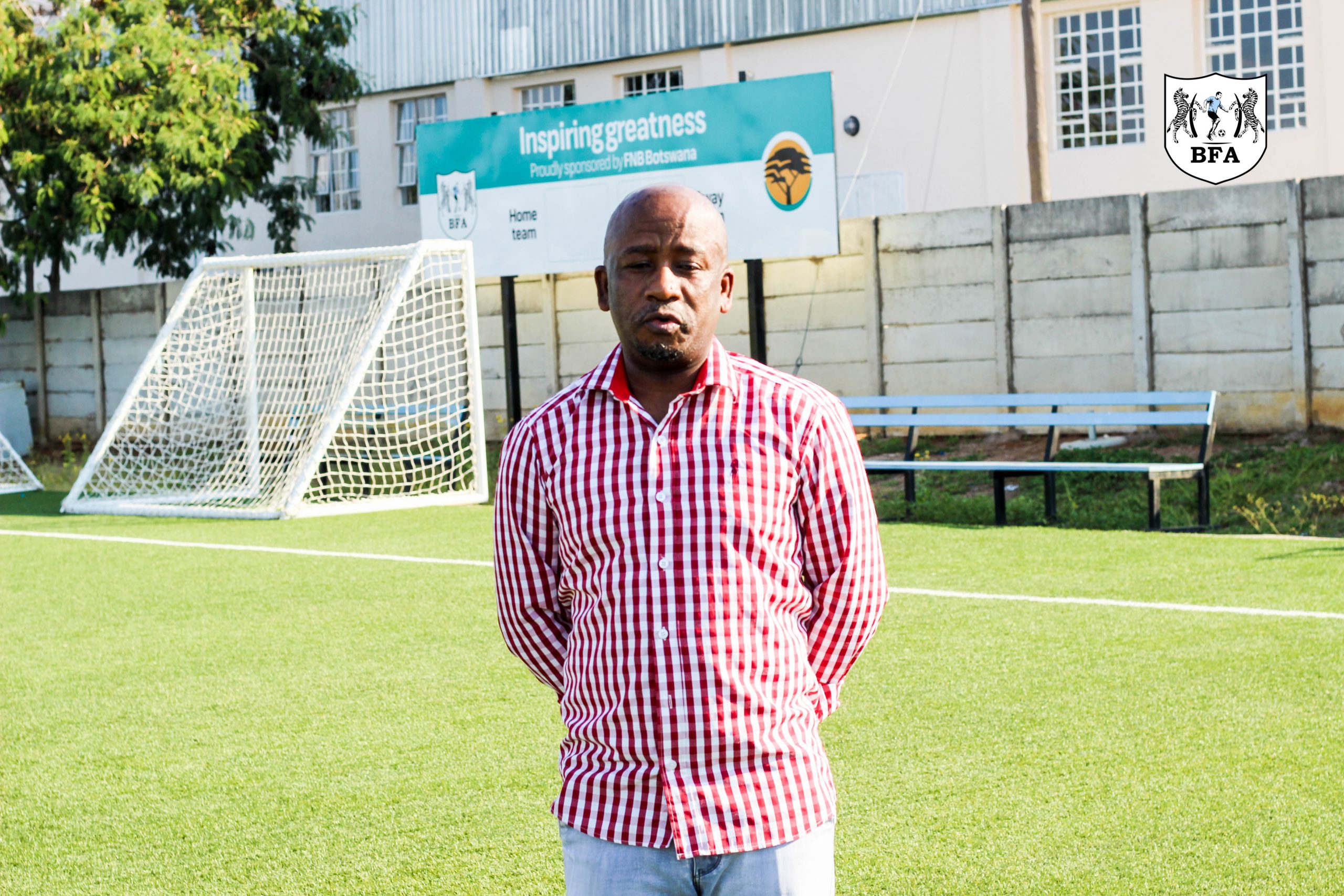 Apr 23, 2021
The Botswana Boys National U-17 football Technical Team led by coach, Tebogo Mokute has started the process of rebuilding a formidable squad ahead of the upcoming African Union Sports Council (AUSC) Region 5 games slated for Lesotho in December 2021.
The first 35 players of the 70 players earmarked by Mokute reported for camp today (Friday, 23rd April 2021) at Lekidi Football Centre in Gaborone. Mokute looks to form a solid team as most of the 2020 U-17 players have morphed into the national U-20 team. 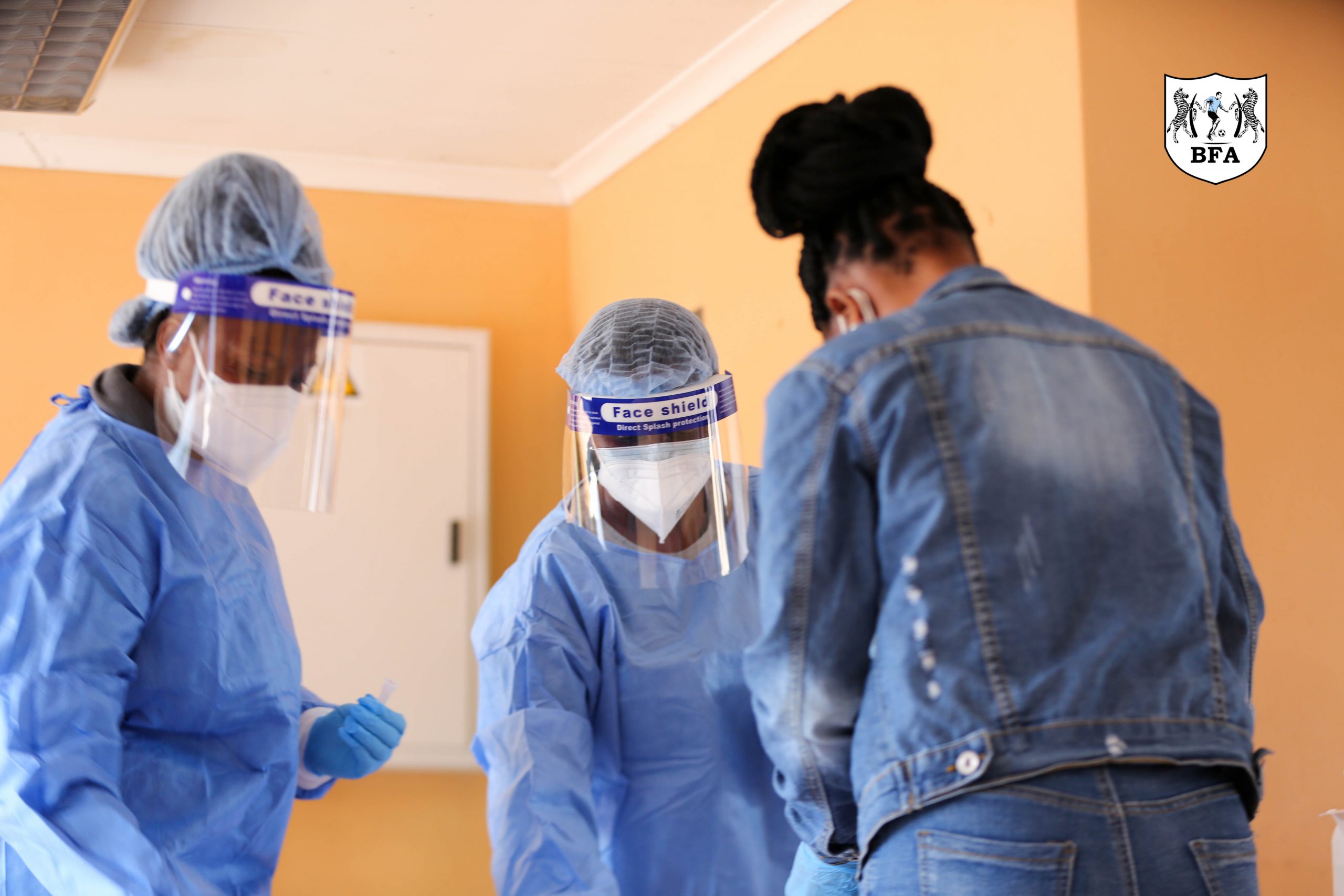 The 35 players are from the southern regions and are expected to spend three days with the technical team, who have an arduous task of selecting the best players from the copious group.
Prior to today’s camp, all players were tested for COVID-19 and results are expected later today.
On Tuesday, 27 April 2021, coach Mokute will welcome yet another batch of 35 players from the Northern regions who will subsequently spend three days undergoing a rigorous selection process.
Following the final selection, Mokute will then hold a two-weeks camp and start working on building a solid team to represent Botswana at the upcoming tournaments and other regional games.
“All the players who were part of the U-17 have graduated, so basically the 70 players selected is to help us get good players from this pool and prepare a team for the Region 5/COSAFA tournament in December and we are also eyeing the next U-17 AFCON finals. Even the age group of the players is based on the criterion of these tournaments respectively,” said Mokute.
The first five days will see the technical team selecting a strong side who will then go into a full camp to find rhythm in the squad. 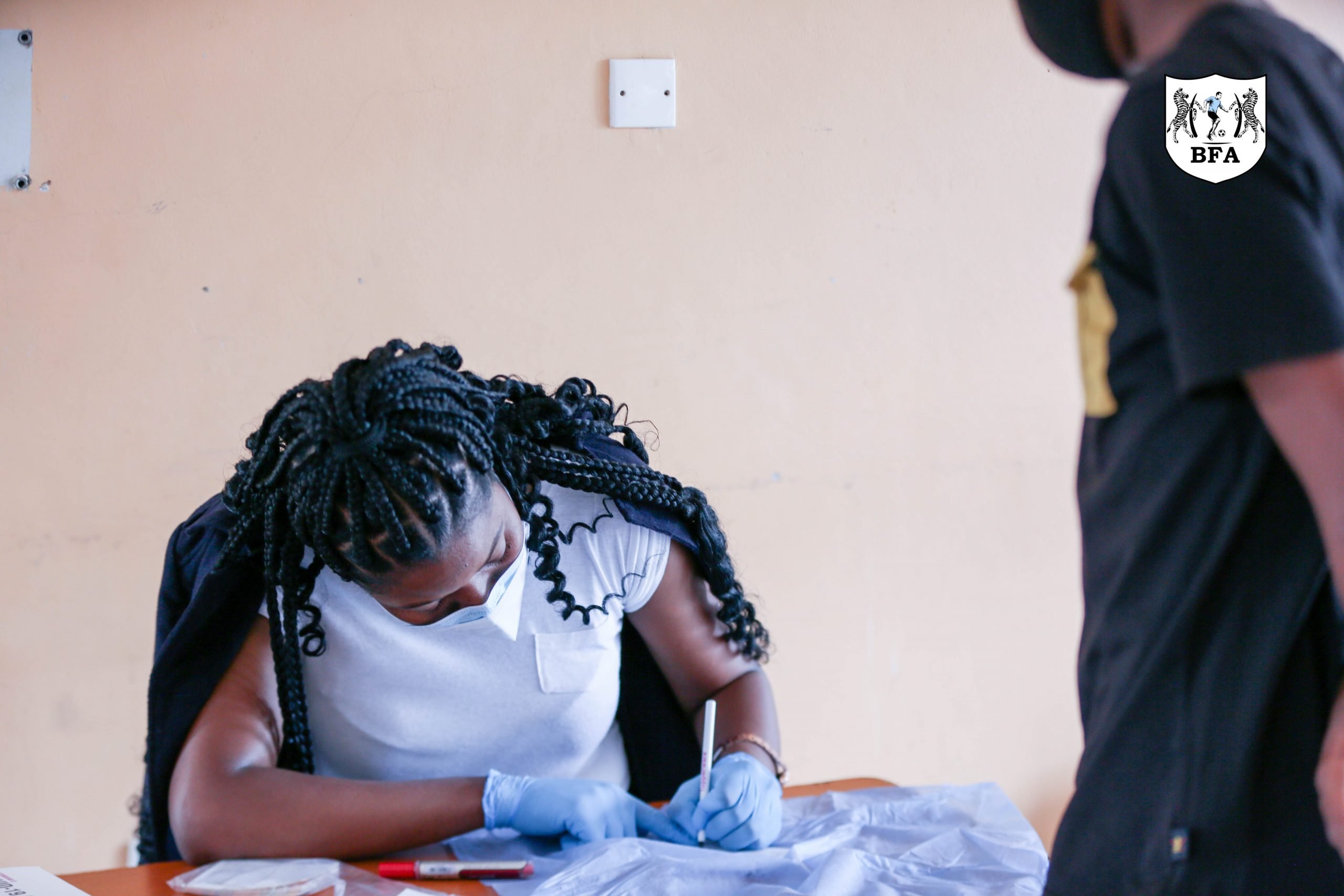 Mokute also highlighted that the 70 players invited for selection are from the Botswana Integrated Sports Association (BISA) and Botswana Primary School Association (BOPSA) structures, including the Elite youth league structures.
Up Next 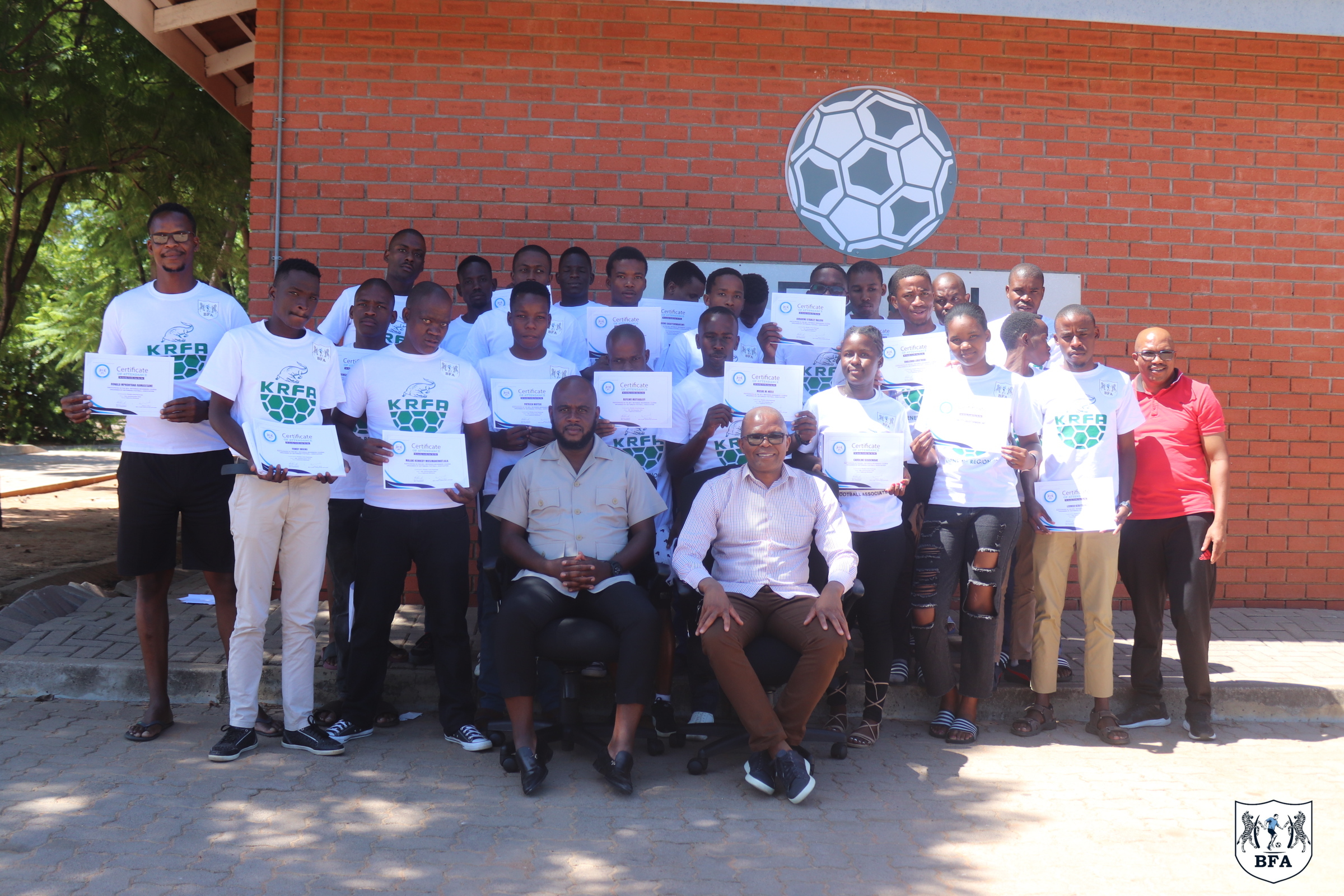 Botswana Football Association has taken a giant step in developing new and young referees. Today the association was officially closing The 5-day Kweneng Regional Association Referees Beginners course at Lekidi Football Centre that has attracted 25 young and promising referees (23 men and 2 women)
The referees underwent a five-day course from the 18th to the 23rd of December. The course was conducted by Instructor Mr. Phodiso Jonty Rasetsoga (BFA Referees Manager)
Speaking in the course closing ceremony held earlier today Mr Rasetsoga highlighted that the budding referees were taken through the laws of the game, oral, theory, written and practical sessions which advanced into exams on the final.
“It was a wonderful class the participants showed a lot of eagerness and energy during the sessions and it is important that these fresh referees get involved in many matches organized in their region”, he added.
In his keynote address, Botswana Football Association CEO Mfolo Mfolo highlighted that the association has 17 regions across the country, national women’s football, and the Botswana Football League, which consists of two leagues, the Botswana Premier League and the National First Division League. He added that the BFA is reviewing football in Botswana
He concluded by explaining to the course participants that they have to go through all the structures, from the regional leagues to the highest leagues, the Botswana Premier League until they reach international stadiums such as COSAFA and AFCON to officiate the elite games.
One of the course participants Mr. Khumo Jackson, commented that to be a referee must be passionate, dedicated and hardworking.
Mr Alec Fela also the chairman of the referees committee (NEC Member), in his address appreciated the time taken by participants during festive days as they felt it was appropriate and worthy to be here. He added that discipline is the key to being a referee.
Continue Reading